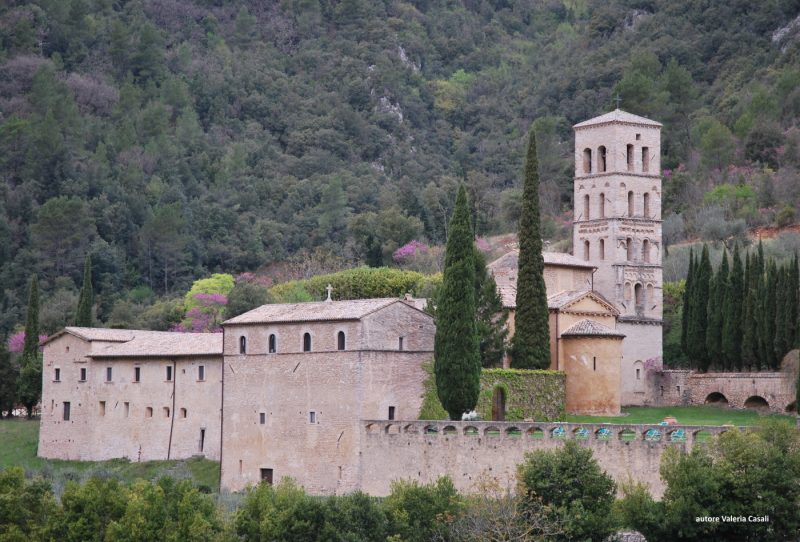 Umbria is a little, amazing region.
Today we talk about one of the most ancient and mysterious abbeys of Italy, the Abbey of San Pietro in Valle, which rises in a lush wood, halfway up Mount Solenne, along the Valnerina state road that from Ferentillo goes towards Cascia. In this place, between the fourth and sixth century, there was a community of hermits who lived for forty years in a cave next to the current church.

The Benedictine abbey of San Pietro in Valle is among the major documents of high-medieval art in central Italy. The complex was built in the 8th century under Faroaldo II, Duke of Spoleto, to lead an eremitical life. He was buried here in 728. In 840 the monks who lived had to move from here by the will of the bishop of Spoleto and in 1016 the abbey was destroyed by the Saracens. Restored and enlarged at the end of the 12th century, it underwent further restoration works and was embellished with a series of frescoes in the nave. Inside the church, there are some Longobard fragments and five Roman sarcophagi with a pagan subject, except one of Asian type which, according to tradition, housed the body of Duke Faroaldo II.

In the upper part of the side walls and in the triumphal arch there is an important cycle of frescoes from the XII century with Stories from the Old and New Testament which, for number of scenes and state of preservation, is considered one the most important cycles of Romanesque painting in Italy. Today the Costanzi family, owner of the site, has transformed the whole monastic complex into a refined historic inn.
In Umbria you can sleep in history, combining art and spirituality, nature and good food in one vacation.
Meravigliosa Umbria offers you a splendid food and wine itinerary that, with a small detour, allows you to discover Ferentillo and the Abbey of San Pietro in Valle.
You will discover a real jewel, one of the oldest and most mysterious Lombard sites in central Italy.

Here is the link of the tour Way of Saint Francis (Via di San Francesco), which passes this stunning Abbey of San Pietro in Valle 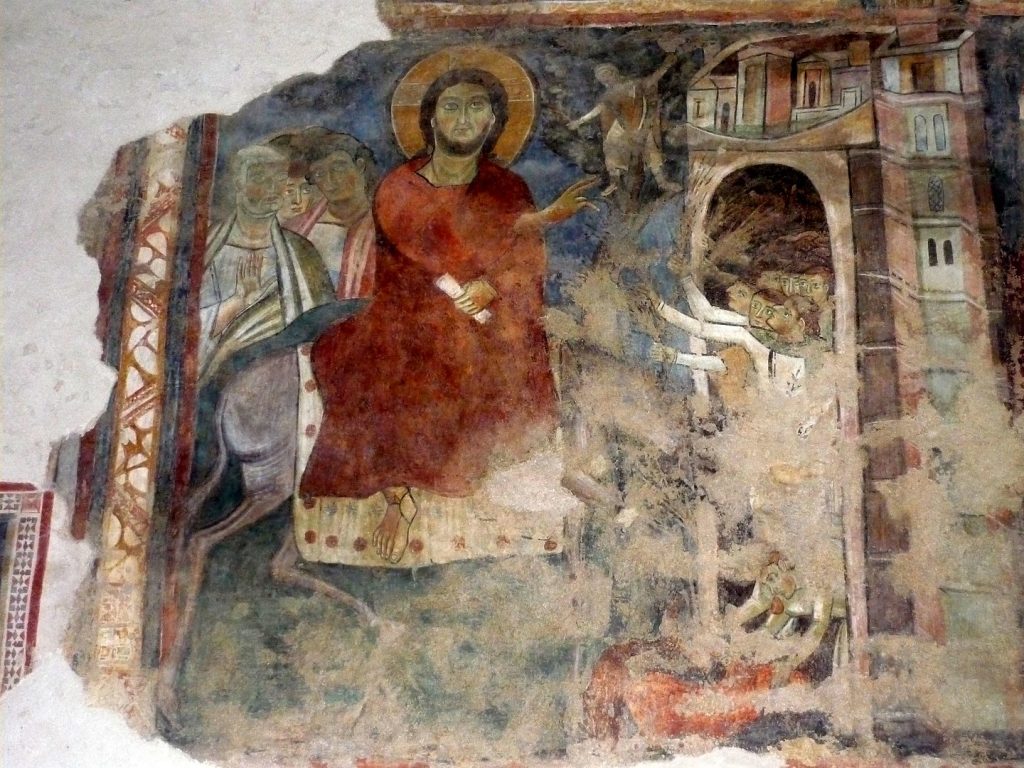