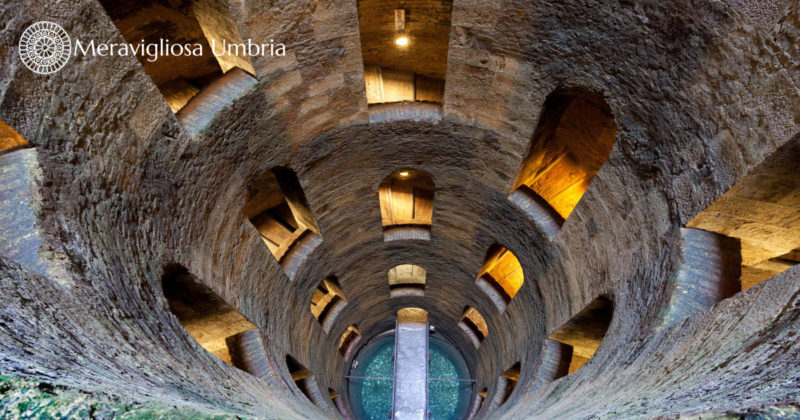 Today we want to tell you about the Legend of Saint Patrick’s Well, a beautiful story of Irish origins.
There is a popular saying: „It is like St. Patrick’s Well“, to refer to something that requires effort, especially economic energy, but after all does not produce the desired results.

But let’s take a step back: we are in the Middle Ages, in Ireland, near Lough Derg, a small lake in the County of Donegal. On the small Station Island, in the middle of the lake, there was a cave where Saint Patrick, patron saint of Ireland, used to go for praying. The cave was shown to him by Christ and it was an ideal place for meditation. The cave was used by St. Patrick to invite and involve the faithful more incredulous: if they had had the courage to venture into that cave and go all the way to the bottom, in exchange they would have obtained the remission of sins and access to Paradise. The cave soon became a pilgrimage destination and remained so until 1497, when Pope Alexander VI imposed the closure of the cave.

It was later reopened and then closed again by the Irish government in 1632. Finally, it was reopened again by King James II and then closed in 1780. This is the legend, but now let’s move to our times. Is there a St. Patrick’s well in Italy and why is it called this way? Certainly, it is the well of Orvieto, in Umbria, a beautiful and evocative little town in the province of Terni. The well is a unique engineering example in the world of perfect architectural harmony. Built in 1527 by Antonio da Sangallo, according to the will of Pope Clement VII, the well was built to supply water to the town of Orvieto for daily use, in case of calamity or for a prolonged state of siege.  Pope Clement VII ordered the construction of the well during his stay in Orvieto: while taking shelter in the city during the sack of Rome, he entrusted the project to the brilliant architect who carried out real hydraulic engineering work.

With a circular section, the well is 62 meters deep and 13 meters wide. Two spiral staircases turn around the barrel, designed in a way as to run superimposed without ever crossing each other.
This ingenious helical system of steps allowed the animals used to carry water drawn from the bottom of the cavity, not to hinder the path of those who went up to the surface. 248 are the steps for each climb: as you descend, the light, coming from the 72 windows distributed along the entire length of the well, becomes more suffused. The penumbra reveals a small bridge connecting the two stairways: water emerges from the bottom, fed by the source of San Zeno.

The well is located near the Etruscan temple of Belvedere and the fortress, called „Fortress of Albornoz”. The well was designed for a combined use together with the fortified fortress and for this reason, at the time of its construction, it was called the „Well of the Rocca“. Only during the nineteenth century, it got the current name of Pozzo di San Patrizio: the name was given to symbolize the spiritual path of the human soul, according to the legend of the Irish saint, guardian of the cave/well, where the faithful could convince themselves of the atrocities of hell and ask for forgiveness of their sins.

Over the years, the well has become a real attraction for all visitors who passed through Orvieto and today it is still the same. Are you curious and wish to visit this evocative work of engineering and architecture? For opening times visit Pozzo di San Patrizio

Meravigliosa Umbria proposes you a fantastic cycling itinerary with a beautiful stop in Orvieto.  Do you wish to know more? Click at the following link: Fascinating ancient civilizations: Etruscans and Romans