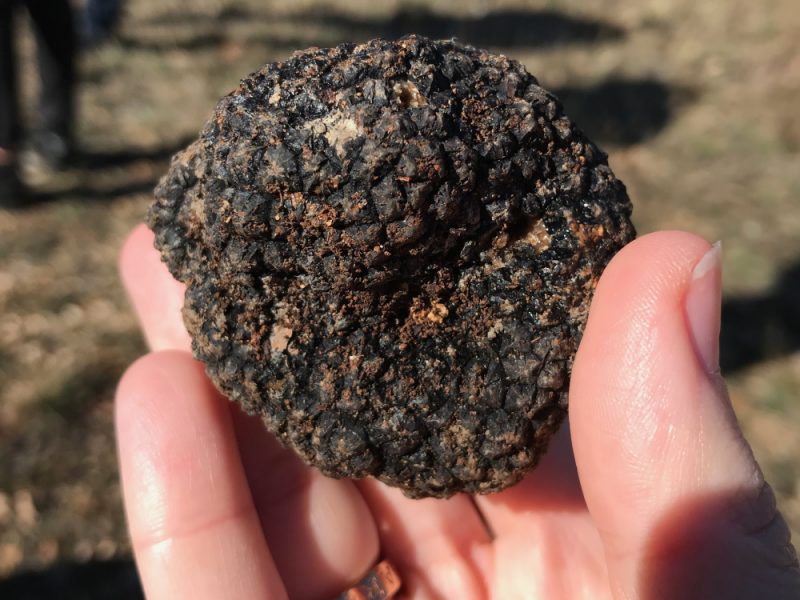 The word truffle derives from territùfru, a sort of vulgarization of the Latin term terrae tufer. Truffle was already known in ancient Greece and in Roman times. The Greek philosopher Plutarch of Cheronea (I century AD) believed that this tuber was born from a mixture of water, heat, and lightning. The Roman poet Juvenal wrote that the “tuber terrae” originated from a thunderbolt hurled by Jupiter near an oak, a shrub sacred to him. This myth gives the truffle the characteristic of an aphrodisiac product, given the prodigious sexual activity of the king of Olympus.  This ancient legend does not differ from scientific reality, as lightning is attracted by trees rich in water like oak, the shrub where truffles proliferate. The gastronomic use of truffles is known since ancient times, from the Babylonians to the Egyptians, from the ancient Greeks who called it Hydnon (hence idnology, the science that studies truffles) to the Romans. For some scholars, this tuber, thanks to its aroma, represented a sort of “fifth essence”, causing a state of ecstasy which delighted the sense of smell and palate. Truffle grows underground, attached to the roots of trees. To find them,  Truffle hunter traditionally used pigs to find them. The pig’s natural instinct for rooting behavior helped the hunters to find the fungi. But now, pigs can’t be used anymore, because they ruin too much the terrain. Now the truffle hunter uses well-trained dogs. 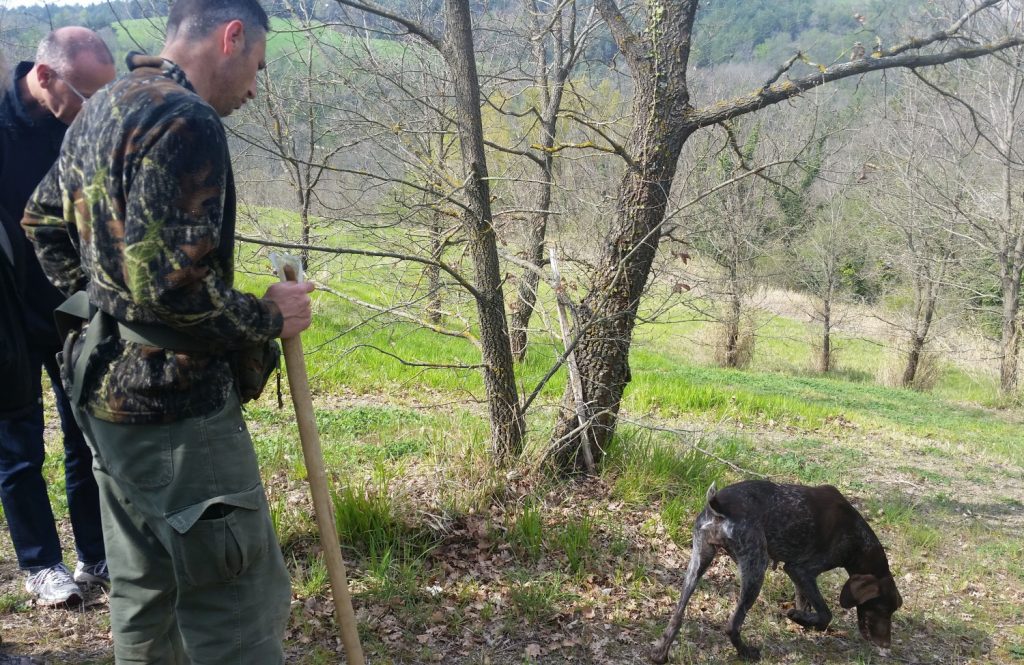